“It never failed that during the dry years the people forgot about the rich years, and during the wet years they lost all memory of the dry years. It was always that way.” – John Steinbeck, East of Eden

Full disclosure: I’m bullish on emerging market (EM) stocks and have been for some time. Consequently, for some time, I’ve had the feeling of somebody who shows up too early to a party: the room is ready, the champagne is poured, and it feels like the fun could start any minute. But it hasn’t. Meanwhile, I can hear the cheers and the sound of “Party in the USA” playing on repeat at the house next door, where the U.S. stock market keeps raging on.

Being early to a party isn’t fun. Nor is it fun to invest in something when the timing seems right, only to watch it underperform for an extended period. There’s a fine line between patience and foolishness, which begs the question: Will EM investors’ patience ever be rewarded, or is it foolish not to sell?

Call me patient or call me foolish, but here are a few reasons why I still like EM equities. Let’s begin with a quick glance at recent history.

It’s no secret that the last ten years have been good to large cap U.S. stocks. After a dismal “lost” decade to begin the new millennium (during which the S&P 500 actually had a negative cumulative return) from January 1, 2010 to December 31, 2019, the S&P 500 had an average annual return of 13.5% and a cumulative return of 256%. Remarkably, 2018 was the only calendar year in which stocks experienced a decline. Even more remarkable is the fact that the economy didn’t experience a single recession, making the 2010s the first recession-free decade in over 150 years of recorded American economic history.

By contrast, the last 10 years haven’t been nearly so kind to EM stocks (represented by the MSCI EM Index), which returned a paltry 3.7% per year, for a cumulative return of 43%. Even worse, EM stocks were 30% more volatile than the S&P 500 during that time frame.

The Case for EM Equities

Not so fast. For one thing, if we expand our time horizon to the last 20 years, we see that EM stocks have actually outgained the S&P 500, averaging 7% per year vs. 6% for the S&P. Despite their dismal results over the last 10 years, we can see that, for EM investors, things haven’t always been so bad.

What's more, if you isolate the 50 best-performing stocks from across the globe over each of the last 10 years, you'll find that the majority were actually non-U.S. companies (including EM). The S&P 500 may have broadly outperformed international indices, but there were and will continue to be ample investment opportunities abroad.

Now, you might be saying to yourself, "Sure, this historical data is interesting, but what’s going to happen over the next 10+ years?" I’ve said before that my CFP® certification does not stand for Clairvoyant Financial Prophet, so rather than reading the tea leaves, let’s take a look at a few trends and data points that could shape the outlook for EM equities.

The S&P 500 is currently trading at a forward price-to-earnings (P/E) ratio of ~19, while the forward P/E ratio for EM stocks is ~13. In other words, EM stocks are currently 30% cheaper than their domestic counterparts.

Why is this significant? Because, in the long-term, higher valuations tend to signal lower future returns, while lower valuations tend to signal higher future returns. This is not an iron-clad rule, and forward P/E is just one of many metrics for gauging future returns. As you might expect, there are numerous ways to measure valuation, and all have their shortcomings. Still, the fact is that EM equities are decidedly less expensive than U.S. stocks, and that valuation gap may well narrow in the years to come.

I’d like to back up for a second and define what “emerging markets” are. Simply put, these are countries and economies that are less well-established than “developed” economic regions such as the United States, Western Europe, or Japan. The word “emerging” can be a little misleading, seeing as 9 of the world’s top 10 most populous countries fall under the EM umbrella, but the moniker has more to do with the economic maturity of a given region than its size.

The size of these countries, though, is worth highlighting – and not just their size, but also the rate at which their population has grown and is projected to grow. While population, like P/E ratios, only tells part of the story, as an investor, you could do worse than to look at where the world’s population will be concentrated in the years to come. Hint: It won’t be in the U.S.

Here’s a look at the current global population by region: 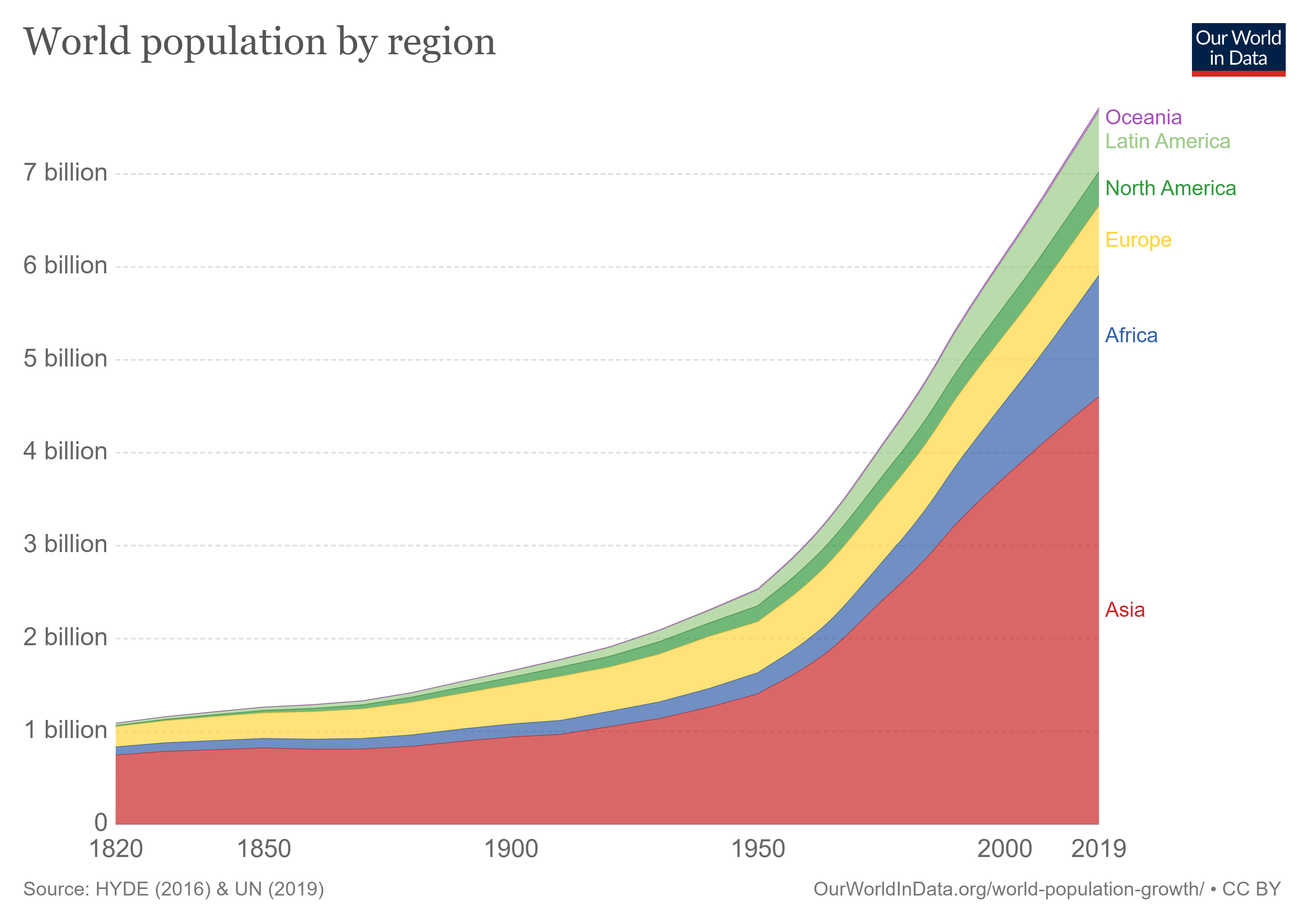 And here’s the projected population growth over the next 80 years: 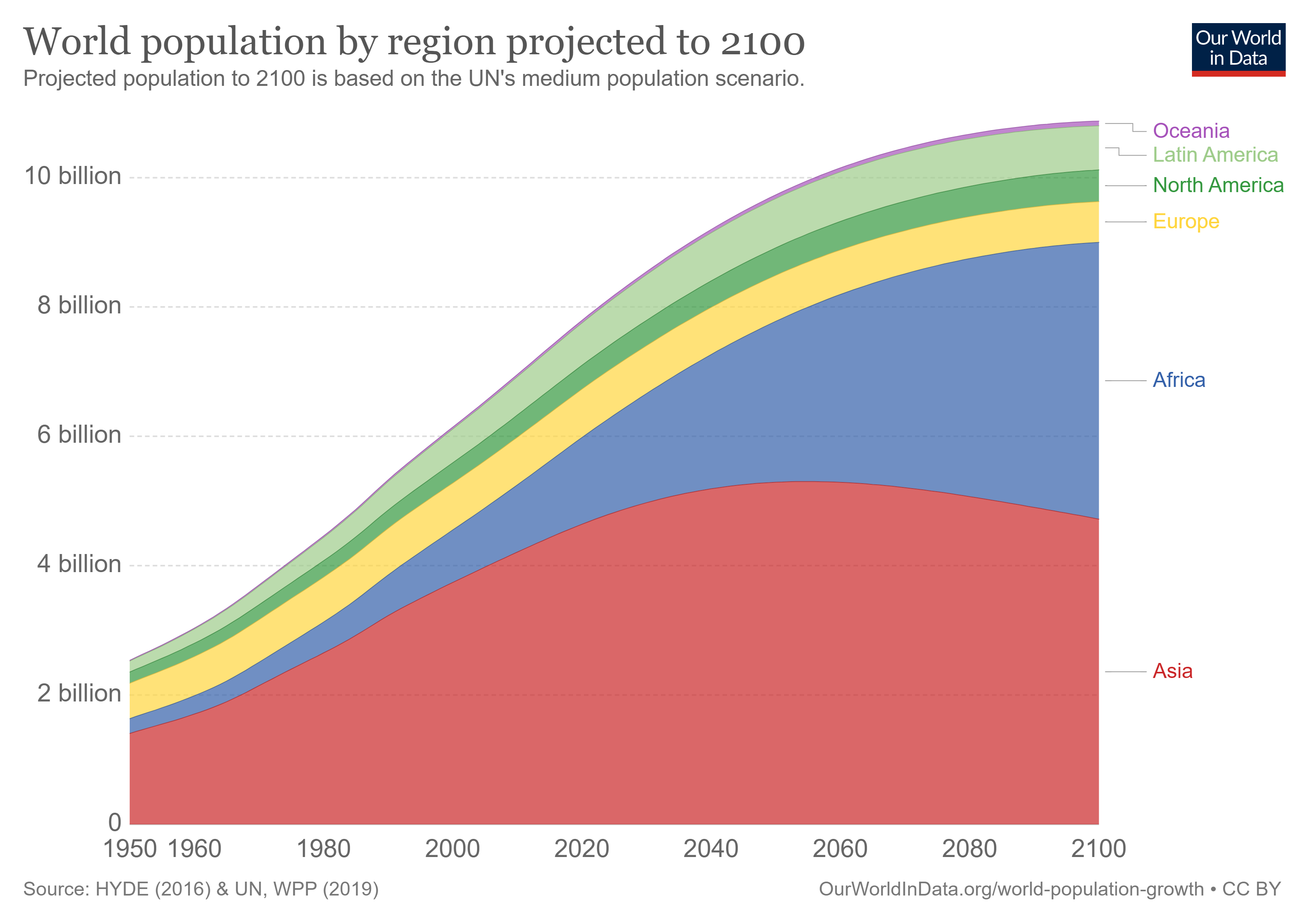 Population growth alone is not enough to inspire investor confidence. It must take place in a context of positive socioeconomic trends, including – but not limited to – rising literacy rates and access to education, democratization, urbanization, and per capita GDP growth. If you click on the hyperlinks in that last sentence, what you see is that countries across the globe, and EM countries in particular, are mostly trending in a positive direction. That bodes well for commerce, innovation, economic development, and investment in the decade(s) to come.

A Couple of Caveats

I have barely scratched the surface of the possibilities of emerging markets in this article, and I would be remiss not to mention the potential pitfalls. From coronavirus outbreaks to geopolitical instability to currency movements, the risks of EM investing are numerous. Consequently, EM stocks tend to be more volatile than their developed market peers.

Furthermore, in our globalized world, the domicile of a corporation doesn’t mean as much as it used to. Many name brand American companies – Apple, Coca-Cola, Procter & Gamble, etc. – have a multinational presence and already derive a sizeable percentage of their revenues from EM consumers. In other words, you’re gaining EM exposure when you invest in the S&P 500, just as you’re gaining U.S. exposure when you invest in EM.

There are plenty of reasons to be optimistic about U.S. equities, too. The United States has the most robust financial system in the world, which facilitates trade, economic growth, and entrepreneurship. It is home to many of the top educational and research institutions, attracting talent from across the globe. A number of American companies are global leaders in their industries. All of which is to say that domestic and foreign growth are not mutually exclusive.

As I stated at the outset of this article, showing up early to a party isn’t any fun. The beauty of diversification is that there’s usually a party going on somewhere in your portfolio, even if another sleeve is underperforming. Despite EM equities having lagged in recent years, I believe they merit consideration as part of a globally diversified portfolio.

And Now For Something Completely Different…

Speaking of parties, our daughter turned one this past weekend (which I still can't believe). Here she is in all her cuteness to brighten your day. 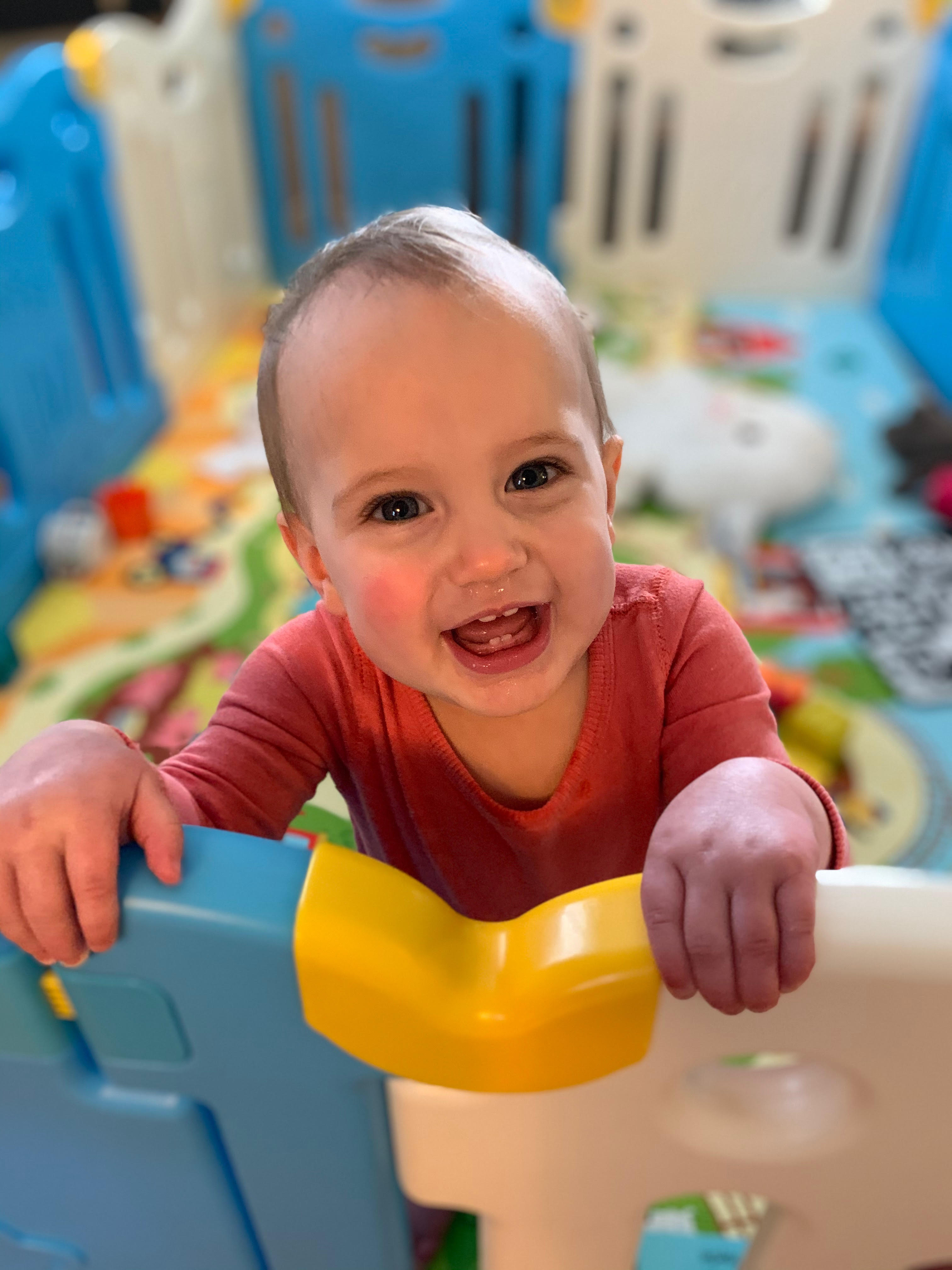